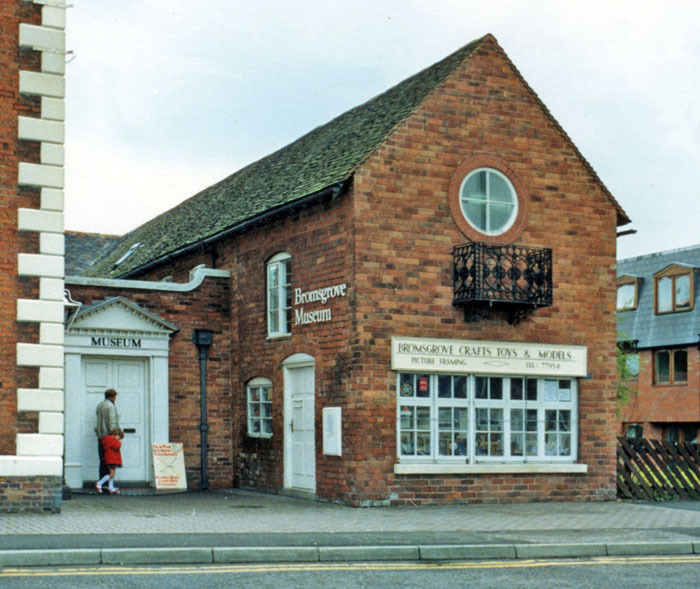 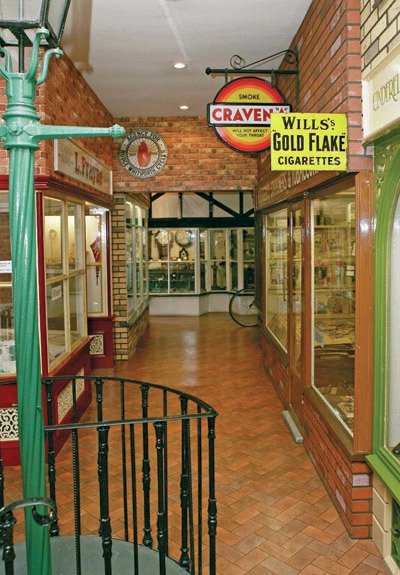 Bromsgrove Shops, described by Dennis Norton
When the Museum was re-opened in its present premises, I, with a number of helpers, recreated some Bromsgrove shops, using items from my collection to create the window displays. 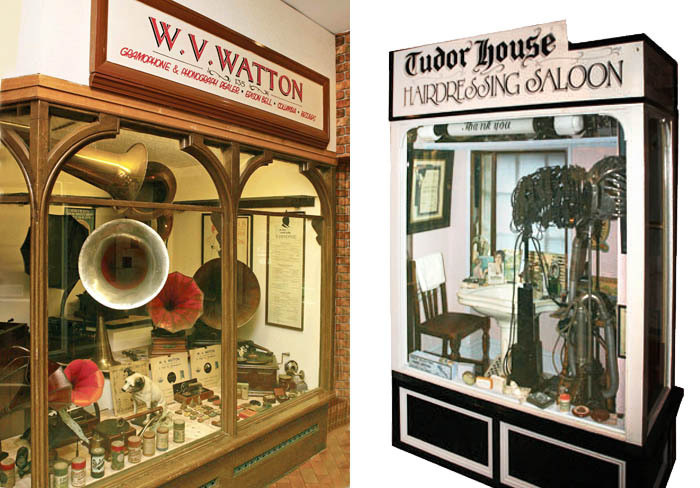 W V Watton’s shop was at 135 High Street, and sold ‘all things musical’, including HMV records and gramophones. There is a large collection of early gramophones.
Tudor House Hairdressing Saloon: Miss Luce, a member of the family who were partners in Luce & Silvers Estate Agents, owned this saloon, which was in New Road. Tudor House was originally the Hop Pole Inn in the HIgh Street, and in 1865 it was rebuilt on its present site to make way for the ‘New Road’ that led to Bromsgrove station. 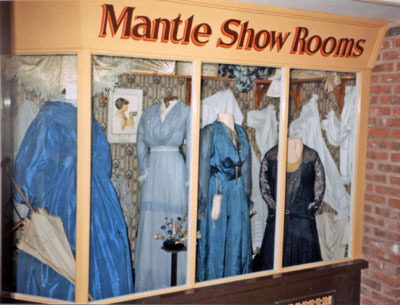 The Mantle Show Rooms were in the High Street, and I used the window to display some of my collection of dresses. 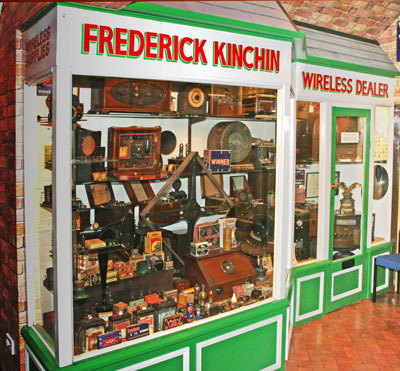 Frederick Kinchin's shop was on the Birmingham Road, and the window display shows many items from my collection that date back to the 1920s and 1930s.